Belle’s library in Beauty and the Beast (1991), was clearly inspired by the Admont Abbey Library. It is located in Austria and is the biggest monastery library in the world. The library boasts  floor to ceiling shelves containing books and beautiful frescoes on the ceiling. It is also home to famous sculptures made by Josef Stammel.

The U-Drop Inn is a rest stop located in Texas. It was the idea behind ‘Ramone’s House of Body Art’ in the movie Cars. While the inn is located in Shamrock, the fictional location was shown to be located on Route 66. The Inn became much more famous after getting copied in the movie. 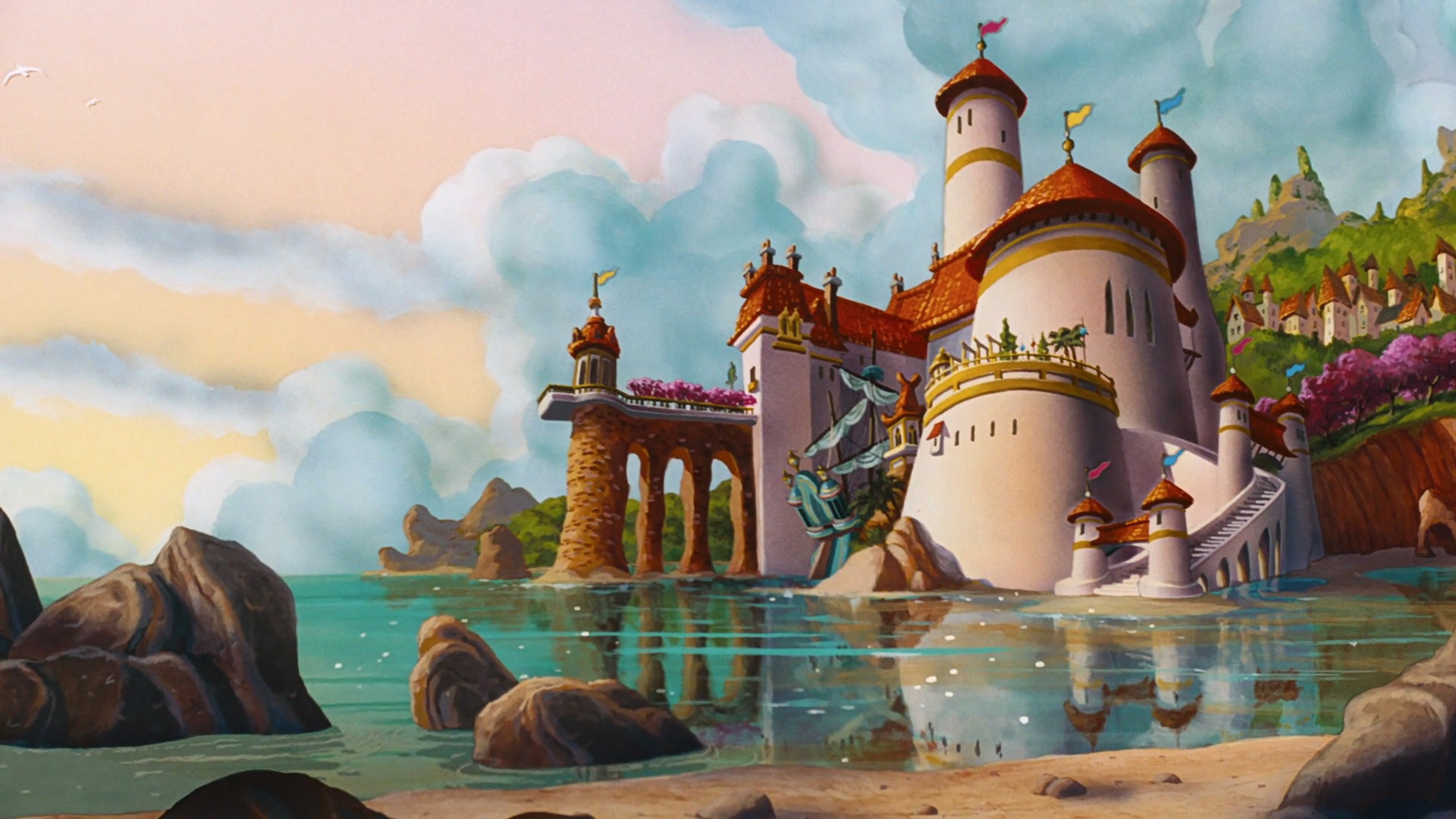 The Chateau de Chillon was the inspiration behind Erics’ castle in the movie. While the “reel life” castle sits besides an ocean, the real life version doesn’t. It is actually located beside Lake Geneva. The Chateau de Chillon is one of the most-visited castles in Europe and is located on an island. It was built in the 11th century and acted as an outpost. During the 16th century, it was briefly used as a prison. 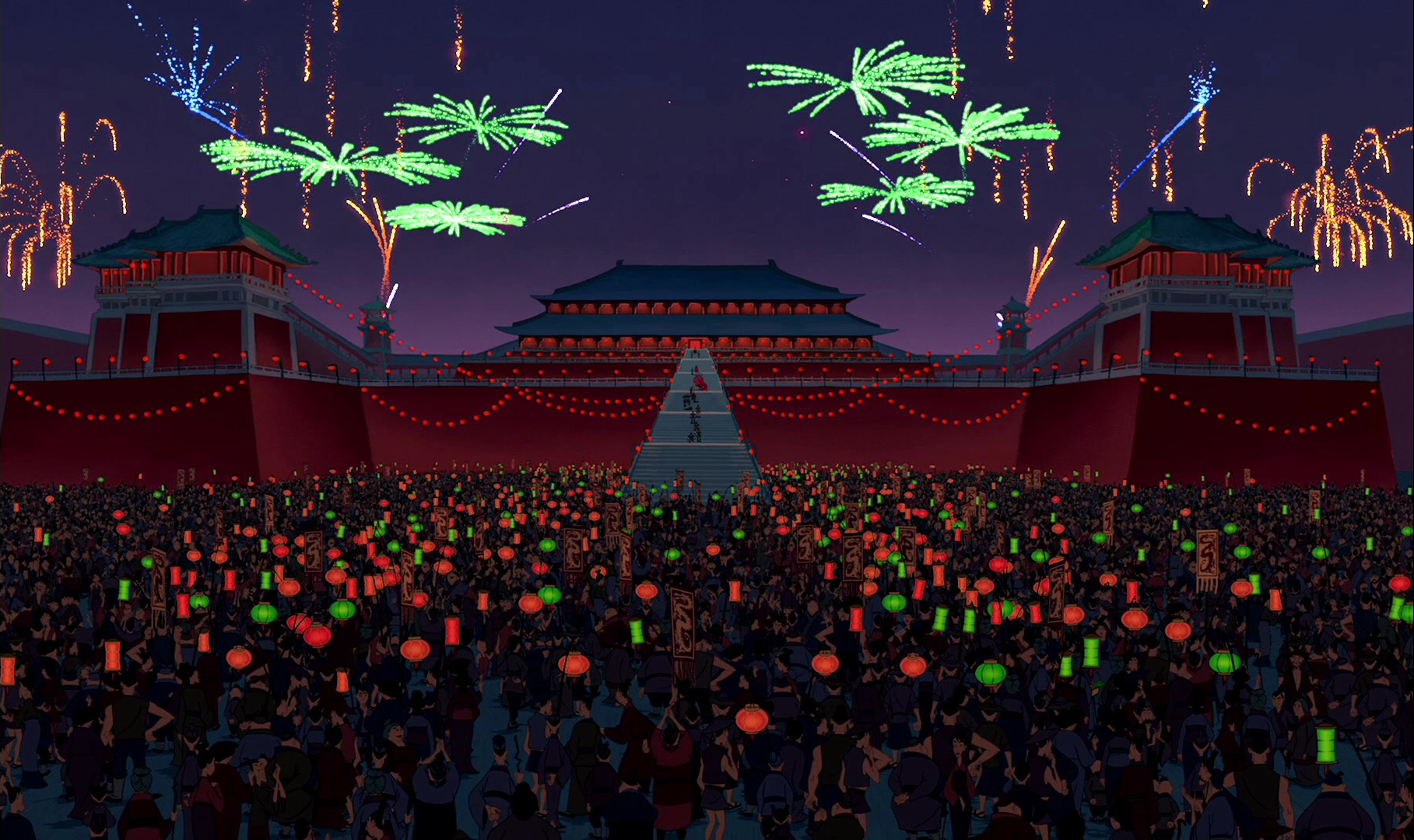 Mulan featured a palace which looked quite similar to the Forbidden City in China. In the movie, Mulan prevents an army from murdering the Chinese emperor. The real palace is located in the heart of Beijing and is quite a sight to behold. It is composed of 8000 rooms and 980 buildings.

Tangled featured a castle which was clearly inspired by the Mont-Saint Michel. The history behind the castle is very interesting. It was built by Aubert,  a devout bishop. He claimed to have received instructions from the Archangel Micheal in a dream for building the castle. He did build it and today it stands tall even when it is shrouded in mist. Located at the confluence of Brittany and Normandy, the Mont-Saint Michel is one of the most popular sights of Europe.

Angel Falls is the tallest waterfall in the world. It drops from a massive height of 3,212 feet. “Up” featured the falls as ‘Paradise Falls’. In spite of the change in name, it is quite clear Angel Falls was the inspiration behind the fictional one. The falls are located inside Canaima National Park which is accessible only by boat or plane. Another option is to hike your way through the park.

Frozen was inspired by the cold regions of Norway. Be it the towering cliffs or the reindeer, everything in the movie was inspired from the far North. The inspiration is further solidified in the scene where a traditional Norwegian church is shown. It looks remarkably similar to St. Olaf’s Church. The real church is located at Balestrand, which is a small town in Norway. It’s made of wood and holds service every Sunday.

The fictional Snow White’s castle is present in the real world too. The inspiration behind the castle in the movie is none other than the Alcázar of Segovia Castle in Spain. Both the castles are perfect abodes of a princess. The real castle sits high upon a rock and is a UNESCO World Heritage Site. From a distance, it looks somewhat like a ship’s bow.

The Sydney Harbor is one of the most recognized landmarks in the world. The Darling Harbor Bridge rising above the Sydney Opera House is an iconic image. While Finding Nemo was mostly an underwater saga, there were many scenes up on the ground. One of them featured the scenic skyline of Sydney, complete with the Bridge and the Opera House.

Machu Picchu is the remnant of the Inca civilization in Peru. For years, it has enthralled visitors curious about its origin and purpose. Even after much research, nobody seems to know why it was built. The mysterious Machu Picchu was the inspiration behind Pacha’s village in the movie. In the movie, an emperor named Kuzco wants to build a theme park in its place!

The makers of Brave visited the Scottish highlands before making the movie. The main character is a rebellious princess with a head full of red hair. The princess lived in a castle  inspired by the Eilean Donan Castle, among others. Other inspirations for the castle were Dun Carloway Broch and the Urquhart Castle. The Eilean Donan Castle was built in the 13th century and is located on an island by the same name. It has been fully restored since with guided tours available to visitors.

Notre Dame Cathedral in Paris is one of the finest examples of Gothic architecture. It consists of gargoyles, stained glass, and flying buttresses. The movie put the gargoyles to good use and did a perfect job of showcasing the beauty of this church.

The Taj Mahal is one of the Seven Wonders of the World. Built by a king for his beloved departed queen, it is a monument made of pure white marble. Thousands of tourists pour in to see it every day. In the movie Aladdin, the Taj Mahal was the inspiration behind the Sultan’s palace. The real Mahal itself is not a palace, but a tomb. It is the tomb of Emperor Shah Jahan as well as of his wife, Mumtaz Mahal.

The Neuschwanstein Castle is one of the most famous landmarks of Germany. Walt Disney himself visited the castle before reproducing it at Disneyland. It was later shown in the movie Sleeping Beauty in the year 1959. The castle is a Romanesque structure, dressed up in bright colors. 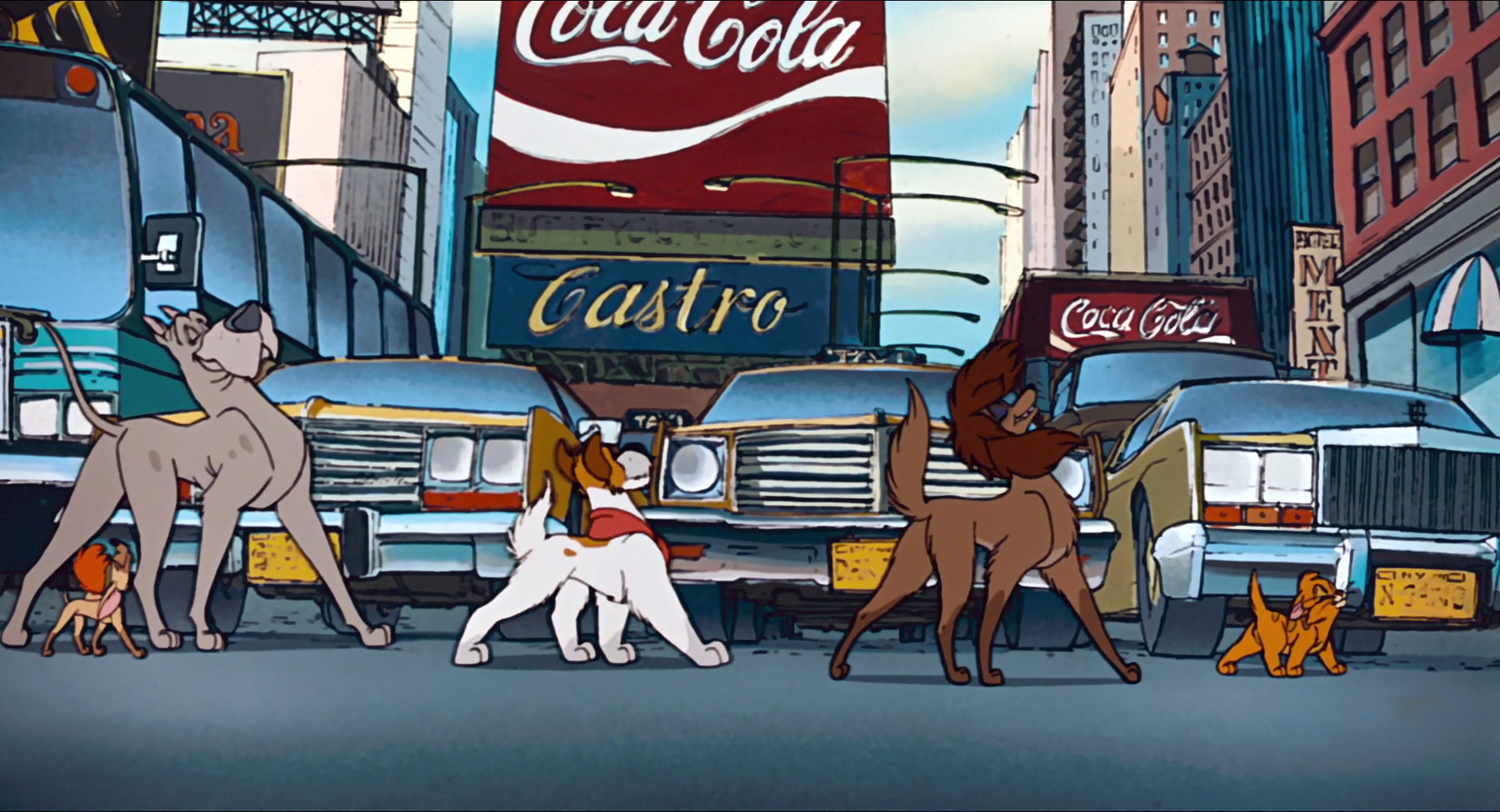 New York City needs no introduction. It is often described as the city of dreams. While the city appears in several Disney movies, it is most prominently featured in Oliver & Company. The movie opens with scenes set at Lower Manhattan. Even the Twin Towers are shown. Then the movie takes viewers around prominent NYC locations like Brooklyn Bridge, Central Park and Times Square.

Architectural artistry is one of the most expansive demonstrations of man’s unending ingenuity. Man has expressed himself through design and construction
Europe Family Vacation

Prater, Vienna, Austria Prater The Prater is an amusement park. Now, you may think that amusement parks are everywhere in
Europe Interesting

Trip Advisor recently announced the most popular European destinations to vacation at in 2018. This listing was derived from reviewer

20 of the Best French Desserts of All Time

Top 10 Cities To Visit In Florida

Best Things To Do in Serengeti National Park

The International Highline Meeting is one of the most unique festivals in the world. This slackline festival isn't just unique but also terrifying at the same time. The attendees or the "slackers" spend most of their time strung up on tightropes. Since the tightropes are stretched across the Italian Alps in Monte

20 of the Best French Desserts of All Time

8 Heart-stopping Adventures in Dubai for All the Daredevils

Dubai is famed world over for the posh malls, lavish dining options and pimped-out restaurants. Yeah, that’s easy for everyone to see. But what if we told you the luxurious Dubai is also home to some of the gutsiest adventures in the whole world? You wouldn’t agree, right? Well, you need

The Top 12 Affluent US Steakhouses Worth Every Penny

The Royal Ride: 10 of the Most Lavish Cruise ships in the World

10 Attractions Not To Be Missed When Visiting India